Recent years have witnessed a number of new discoveries relating to underlying genetic influences in patients with idiopathic and heritable pulmonary arterial hypertension (PAH). It is now 13 years since the identification of mutations in the gene encoding the bone morphogenetic protein type II receptor (BMPR2) as the major inherited cause of PAH,1,2 based on classical linkage analysis in affected pedigrees and sequencing of genes in the candidate region. Mutations in this gene account for approximately 70% of heritable and 16%–25% of idiopathic PAH.3 In the intervening years, investigators have begun to unravel how mutations in this gene cause disease. The reward is that therapeutic approaches targeting this pathway are now being realized, at least in preclinical models.4–6

Further mutations have been identified based on candidate gene approaches in this same pathway: for example, mutations in the activin-like kinase 1 receptor (ALK1) and the transforming growth factor β (TGF-β) accessory receptor, endoglin.7,8 The fact that BMPR2 interacts directly with ALK1 on endothelial cells to signal in response to the ligands BMP9 and 109 is likely telling us that the endothelial cell is a major cell type, at least in the initiation of this disease. The identification of rare mutations in Smad1, Smad4, and Smad8 strongly implicates this canonical signaling pathway downstream of the BMP receptors as important. Thus genetic discoveries can accelerate our understanding of disease pathobiology or add strong support to existing hypotheses.

{{GlobalController.truncateTitle("Different forms of pulmonary hypertension in a family with clinical and genetic evidence for hereditary hemorrhagic teleangectasia type 2", 65)}}

{{GlobalController.truncateTitle("Gene Transfer of SERCA2a to the Pulmonary Vasculature and Right Ventricle", 65)}} 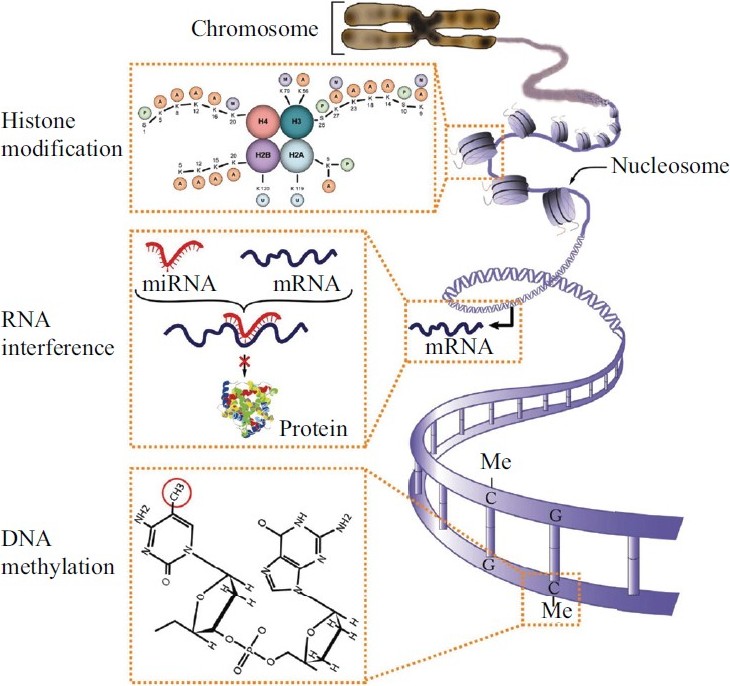 {{GlobalController.truncateTitle("Schematic of the mechanisms of epigenetic regulation", 65)}}